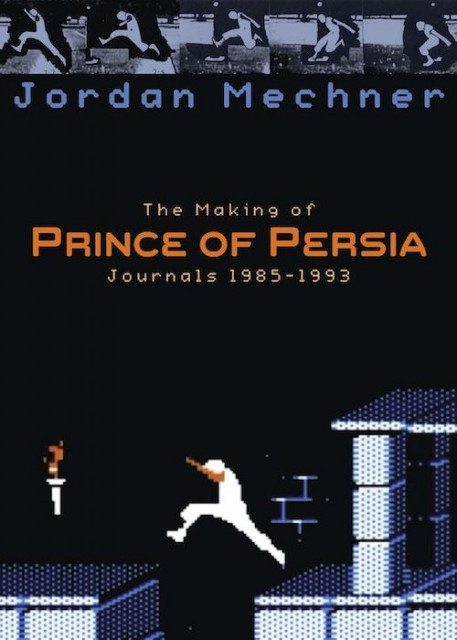 The Making of Prince of Persia: Jordan Mechner's Journals 1985-1993

Inside the creation of a classic video game

"Prince of Persia" creator Jordan Mechner's journals provide a time-capsule view of the video game industry in the 1980s.

Before Prince of Persia was a best-selling video game franchise and a Jerry Bruckheimer movie, it was an Apple II computer game created and programmed by one person, Jordan Mechner.

Now available as a 330-page ebook, Mechner's candid and revealing journals from the time capture his journey from his parents' basement to the forefront of the fast-growing 1980s video game industry... and the creative, technical and personal struggles that first brought the prince into being and ultimately into the homes of millions of people worldwide.

"Jordan's journals are remarkable. I so wish I had kept a similar record. Reading them transports me back to that place and time. We all knew this was an exciting new industry, but I don't think we had any clue what it was going to turn into during our careers. There were no schools, no books, no theories covering what we were doing. Everyone was just figuring it out on their own. Following Jordan's creative path is a great example of how to go with your own gut instinct. It's also a great inspiration, showing how persistence and determination can lead to unexpected and wonderful results."
-- Will Wright, game designer, creator of The Sims

"Mechner's journals are a time machine that takes us back to a weirdly familiar era, when ambitious young creators were making strange new video games all by themselves and making up the rules as they went. It is not a retrospective; instead, it is a present-tense diary written by the creator throughout the creation of his most influential work. It is a humbling and inspiring record of what it was like to make one of the best video games of all time. I love these journals."
-- Adam "Atomic" Saltsman, game designer, creator of Canabalt

"When an industry is brand-new, its innovators are generally so busy creating the future that they rarely have time to document the present. Luckily, Jordan Mechner did. With these journals, we can track the development of Prince of Persia from a few penciled squiggles to a global franchise. For anyone aspiring to create a game -- or any endeavor that takes months and man-hours -- Jordan's journal is sobering and inspiring."
-- John August, screenwriter of Go, Big Fish and Charlie and the Chocolate Factory

Jordan Mechner is a game designer, screenwriter, filmmaker, and graphic novelist. He created Prince of Persia, Karateka, and The Last Express. You can learn more about him at jordanmechner.com/bio.

Jordan created and programmed the original Prince of Persia on an Apple II computer in 1989. A decade later, he partnered with Ubisoft to reinvent his classic for a new generation of gamers with Prince of Persia: The Sands of Time. Its success launched a global franchise that now includes video games, graphic novels, toys, LEGO, and a blockbuster Disney feature film.

The Making of Templar